Well, today’s question is, “can you vacuum artificial grass.” As you already know, we try to help the readers out by answering critical questions related to synthetic grass solutions. Today’s question, too, is an interesting one. The chief reason why anyone would switch to artificial grass is the convenience and ease of use. So having problems like this is relatively self-explanatory.

But the answer isn’t that simple. Because there are more things at play than just getting the dirt off of the ground, it’s not a floor surface, instead of a fake grass texture which is quite different. As a result, the vacuum question comes with much complexity and deserves a more in-depth look into the situation.

Can You Vacuum Artificial Grass?

Whether or not you’ll be able to vacuum the artificial grass depends on many things. Usually, with infills on, it won’t be the smartest move. Otherwise, it can be done but may require specific methods and so on. Let’s look at it a bit more analytically.

When You Can’t Vacuum Artificial Grass

Artificial grass isn’t your yield floor surface. So, you can’t just perform vacuuming right away. It would help if you looked at certain things before doing that.

Does it Have Infil?

The first thing you should do is make sure that the surface doesn’t have any infill. Infill is small pieces of material that are sprinkled on the synthetic turf to stop the grass from bending downwards. On top of it, infill would also dispense the wear by protecting the backing.

So, because of the several reasons mentioned, many synthetic turfs would require infill support.

Now, when you have these microscopic, tiny infill supports placed in the setup, vacuuming would undoubtedly be not possible. The machine would swallow up the infill.

You can still have one option, though. You can use a bagless vacuum machine and utilize a sifter to filter out the infill back to the surface, keeping the dirt, debris, and leaves separated.

The main reason you’d want to have fake turf in the first place is convenience and relief from all the natural grass chores. And doing the task we just mentioned doesn’t seem like the wisest alternative.

Can It Sustain the Pull?

Another concern is, can your synthetic turf sustain the suction pull from the vacuum cleaner? Because often, the grass particles can be weakened under continuous pulling from the vacuum. As a result, you can end up damaging the turf instead.

The highly powerful vacuum cleaners weren’t designed to clean synthetic turf. Their extended suction energy and pull-out grass fibers gave a bald appearance on some parts of the setup. It will completely ruin the entire look. But some specially designed turf vacuum cleaners can be implemented for a cleaning session without wasting the whole setup.

So What to Do? (The Alternatives You Should Know)

After much analysis and examination, we think that you can do it lightly, but that the vacuum cleaner isn’t much powerful. Depending on the various issues that may arise, resulting in and risking the highly expensive turf for vacuuming, it can seem slightly problematic.

So, you can try effective alternatives. You can rake or sweep the turf, sometimes; although it may seem a bit too much work, that’s the safer option altogether. They’ve specially designed rakes for artificial grass, which should be a safer alternative.

A Garden hose is another useful tool that you can implement during the cleaning process. Unlike the rake and sweeping, you won’t require many struggles with it. Just power through the grass with water, but do remember to go easy on the grass. Heavy pressure from the water can damage the fibers.

2 Alternatives You Should Consider: 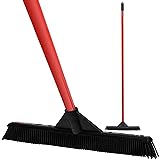 Lightweight Silicone Broom for Floors by RAVMAG-...
Buy on Amazon 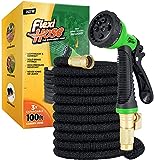 Finally, we’re at the concluding part of our detailed guide. So, what’s the answer to “can you vacuum artificial grass.” Well, if you want to stay on the safer side, then it’d certainly be a no.

But, if you feel the turf is healthy, a specially made vacuum is at your disposal as well, and it’s not as powerful as the regular ones, then an attempt can be made. But, do make sure to test it in a safer area before going all over the place.

And going for safer alternatives seems like the best decision for us. So, keep your beloved turf clean and make it last year’s end! 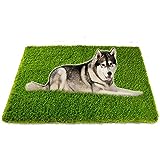 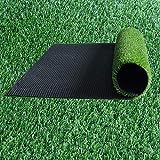 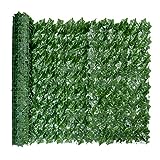 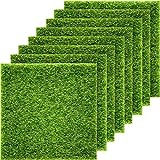 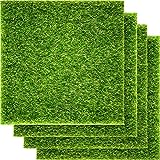 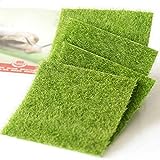